What is Attachment? A Social Neuroscience Perspective
Dr Pascal Vrticka 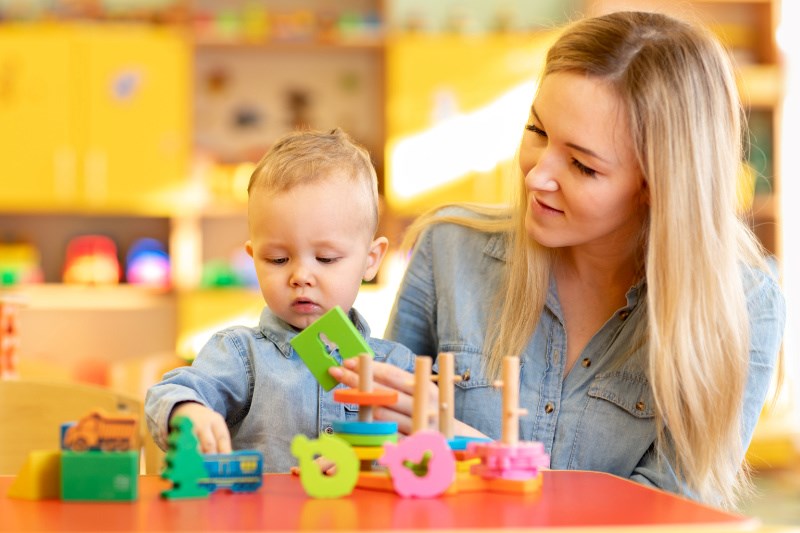 Since its inception by Mary Ainsworth and John Bowlby, attachment theory has become one of the most comprehensive current psychology frameworks. It describes how early interactions between infants and caregivers shape the emergence of infants’ mental representations about themselves and others, and how these mental representations keep influencing the way we initiate and maintain relationships across our life span. But how does attachment come about and show within our brains, and how can such insights help us better understand attachment behaviours? These are the main questions I am asking in my research on the social neuroscience of human attachment.

From a social neuroscience perspective, there are two key principles associated with human attachment behaviours: i) conserving energy resources and ii) making predictions about available support and how costly it is to obtain it. These two key principles are intrinsically linked with one another.

Infants need close physical proximity to caregivers to regulate their basic biological functions – such as eating, keeping warm and clean, and sleeping. Infants also need available and responsive caregivers to regulate their emotions. This need for external co-regulation is particularly strong when infants face challenging situations that upset their bodily and mental balance and thus put them in a negative physical and emotional state. Because infants do not have extended energy resources for regulation on their own, they heavily depend on external energy resources provided by their caregivers.

Initially, infants unselectively seek social proximity when in need to ensure their immediate survival. After some time, however, infants become more selective in their attachment behaviours. This is because infants start developing predictions about the availability and responsiveness of others, as well as their own capacity and effort needed to elicit help when desired. In other words, infants start building a social map of who is most likely and readily responding when reaching out for help, and how much effort must be invested to obtain the desired support.

And this is where attachment theory comes into play. In attachment terminology, infants are using their primary attachment strategy of proximity seeking when in need to elicit care and protection. If their proximity seeking attempts are met by available and responsive caregivers, infants start building mental representations of others associated with trust and positive experiences. Furthermore, they perceive themselves as efficient and capable of eliciting help when needed. These are characteristics of a secure attachment. Within the brain, these characteristics show through reward-related activation when interacting with others, and a soothing influence of others’ presence on activity in brain areas encoding negative bodily states and emotions.

In turn, if the primary attachment strategy of proximity seeking does not work, infants start employing so-called secondary attachment strategies. In the case of caregiver unavailability during times of need, proximity seeking does not make infants feel better. In fact, they may even feel worse after reaching out for help because of being constantly rejected by caregivers. Infants, therefore, start to be less emotionally expressive and try to regulate their negative physical and emotional states by themselves. Furthermore, they begin to associate others with more negative attributes, which sustains their tendency to not approach them when in need. These are characteristics of an insecure-avoidant/dismissive attachment. Within the brain, these characteristics show by reduced reward-related activation when interacting with others, as well as increased stress and energy consumption because regulation of negative physical and emotional states must be maintained on one’s own.

If caregivers are responding unpredictably to infants’ proximity seeking attempts – which means that the infants’ calls for help are sometimes answered readily and sensitively, but at other times ignored or met with rejection – infants start building ambivalent feelings towards caregivers. Furthermore, because infants long for the intermittently achieved proximity, availability, and responsiveness, they start to intensify their emotional expression and support seeking behaviours. After all, if calling for help sometimes works, why not make it happen more often? However, due to the unpredictability of support seeking success, infants start developing a mental representation of themselves as being inefficient and unable to reliably elicit help when needed, which negatively impacts their self-esteem. These are characteristics of an insecure-anxious/resistant/ambivalent attachment. Within the brain, these characteristics show by upregulation of activity in brain areas monitoring the environment for clues of social rejection and the processing of negative physical and emotional states, entailing increased stress and less effective emotion regulation.

It is important to keep in mind, however, that all three above-described attachment styles (secure, insecure-avoidant, insecure-anxious) are associated with (secondary attachment) strategies that emerge as meaningful adaptations to the infants’ close social environment. Especially the two insecure attachment styles should therefore not be thought of as bad or detrimental as such. For example, in an environment where caregivers are consistently unavailable, it is much better for infants to develop an avoidant attachment style than keep using the primary attachment strategy of proximity seeking. At the same time, insecure attachment behaviours represent somewhat more rigid ways of responding to the social environment and often entail less effective physical and emotional regulation outcomes. In the long run, secondary attachment strategies can therefore lead to physical and mental health problems that can also be observed within the brain as altered activation patterns and changes in brain anatomy and connectivity.

Over the years, there have been many claims reflecting both an under- as well as an overestimation of the role of attachment across the life span. By combining state-of-the-art neuroimaging methods to measure brain structure and function with assessment tools derived from attachment theory, part of the value of the social neuroscience of human attachment comes from its addition of empirical results to the field. It is my hope that these empirical results will help to advance attachment theory within the 21st century and provide future avenues for the development of prevention and intervention strategies associated with attachment difficulties.